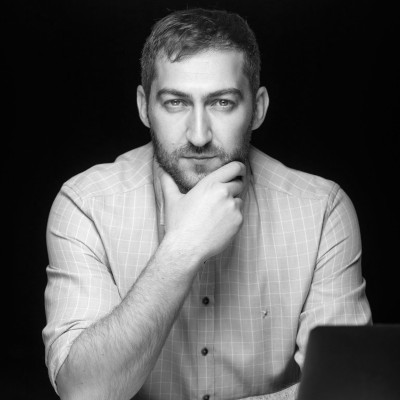 He is a founder of the first public crypto-exchange in Eastern Europe and CIS. Michael has more than 15 years of experience managing the telecommunications / Internet services market. He has professionally studied Blockchain ecosystems since 2011.

In March 2014 he founded the “Kuna Bitcoin Agency” in Kyiv and the NGO “Bitcoin Foundation Ukraine”. Later in September, he has opened the first in CIS Bitcoin Embassy and in December 2015 launched the first public cryptocurrency exchange market in Ukraine - KUNA.io. In December 2017 he became the President of the Blockchain Association of Ukraine (bau.ai) and in January 2018 presented BlockchainHub.one on the Economic Forum in Davos. The Hub started its work in Kyiv in March 2018. In February 2019 Kuna Bitcoin Agency got a new visual and name – Kuna Family. It is planned, that X Reserve – a platform for creating national cryptocurrencies will be launched soon.

He is a founder of the social innovations development fund CryptoRous.

We live in a very changing era. With the advent of new technologies, conservative management practices began to change intensively. But the state itself is traditionally very inert.

Among the most successful methods in reforming countries, there are two areas:

1) The team, in this case, is reformers, curators, parliament, implementers, and funding. In Ukraine, this approach has not yielded a result and several times this “corridor of opportunity” did not get such a team.

2) Separate zone. Where innovations pass the test and after that become implemented on a scale of the country. Such an approach to creating an alternative system inside, with further scaling across the country.

This zone of economic miracle is a new kind of a unique reformed area. Reformation should extend to all the rules and exchange in a modern market economy and the structuring of communications in a well-managed city.

To start the reform process, the state needs decentralization. It will ensure the appearance of equal players in the status of competition to create a new one. To create a new one, it’s not necessary to reform the old one. It is enough to give a chance to create a new one. Successful projects will automatically begin to stimulate the transformation of former systems. Thus, competition between the old and the new will give the desired result of development, also without constant resistance. How to start the process of transforming the state? What should be the zone of the economic miracle in Ukraine?