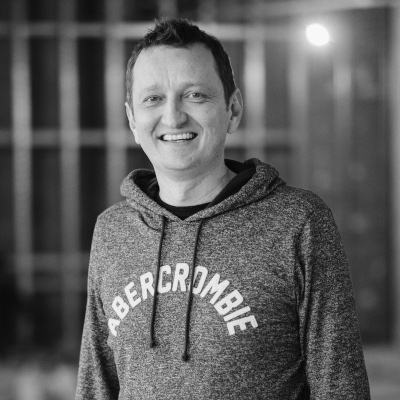 He is a founder and CEO in the Creative States – the new raising chain of unique flexible workspaces. He is one of the lobbyists of 3G and PayPal in Ukraine introduction, public figure, and evangelist of innovations. Also, is one of the leaders in the Ukrainian IT and start-up industries, the mentor in some venture funds and innovative companies, publicist and speaker.

In May 2014, Ilia established a working group on the 3G introduction in Ukraine, joining the Reanimation Package of Reforms. The result of the group's work was the successful tender organization, which enabled Ukrainian society to enjoy one of the primary freedoms of digital democracy.

Also, Ilia founded the PayPal in Ukraine initiative, whose goal is to facilitate the early establishment of the PayPal service in Ukraine. As of today, Ilia organized a working group, which, among others, included representatives of the NBU, Deloitte Ukraine and Baker McKenzie Ukraine. Thanks to the work of the group, it was possible to significantly improve the Ukrainian legislation for the introduction of the service in Ukraine, and also to start negotiations with the European office of PayPal.

In 2014 -2018 Ilia is working on the creation of Creative Quarter as co-founder, CCO and visionary of the company.

In December 2018 he launched a new ambitious project - Creative States. The Creative States opens its first creative state for business in March 2019. This is a flexible workspace in the center of Kyiv in BC SENATOR with a full range of services for those who want to focus on the business, team, creativity, and achievement of important goals. Creative States Citizens receive a complete office infrastructure, operational and lifestyle services, individual business solutions and secure community.

Professions of the Future

Gap analysis or How to take a hit

Presentation and video is unavailable on speaker’s demand